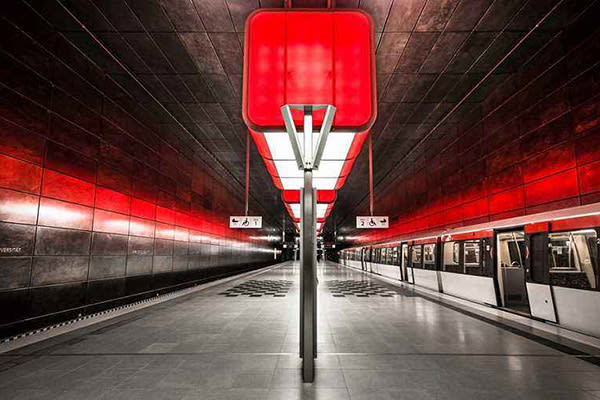 With the rapid development of subway construction, how to ensure the safety of subway operations and make efficient use of land resources has become a major technical problem facing the industry. In this regard, at the 16th Cross-Strait Symposium on Tunnels and Underground Engineering Academic and Technical Seminar held recently, Chen Xiangsheng, chief engineer of the Shenzhen Metro Group, described the key technology of underground space engineering across subways running on behalf of the participants. Let’s take a look at the specifics of this construction technology.

There are several subway line security zones in Qianhai, Shenzhen, with an area of ​​approximately 1.0398 million square meters. The underground development in this area has high risks and high costs. In order to use this part of the underground space under the premise of meeting the requirements of the current technical specifications, the implementation of “key technologies for underground space engineering across subways to operate tunnels” is proposed.

According to the regulations concerning the safety and protection of subways in Shenzhen City, the security zones of subway lines in Qianwan, Guiwan, and Mawan districts account for 9.3% of the total development area (3m control line outside the tunnel) and 72% (80m). protected area).

These areas are rich in water and geology, and the underground space excavation and unloading stratum rebounds, which may lead to the uplift of the lower tunnel; when the underground space is excavated during precipitation, the formation will consolidate and cause settlement, leading to the settlement of the tunnel; excavation at the side of the tunnel. This may cause tunnel skew.

Therefore, the implementation of cross-metro tunnel underground space construction may directly affect the subway operation tunnel structure, and technical measures need to be taken to reduce the impact of construction on the operation of subway tunnels.

The grouting reinforcement of the surrounding rock (especially the subsoil) around the subway tunnel shall be carried out to reduce the consolidation and precipitation of the precipitation; the steel diaphragm shall be used on the side of the subway tunnel to construct the underground continuous wall and the construction of the construction pile shall be prevented. Digging and collapsing holes; a deformation buffer layer is installed between the underground subway tunnel and the upper underground space floor to control tunnel settlement and reduce vibration and noise.

With the combination of a high-precision 3D laser tunnel scanner and a total station instrument, an accurate and real-time monitoring system for subway tunnel deformation has been established, which can accurately monitor the entire structural deformation of subway tunnels caused by construction in real time.

At present, the technology has been applied in Shenzhen’s Qianhai Exchange Square, Caiwuwei subway tunnel structure, listening to the sea and other areas, and has achieved good results.

For these projects, a technical guideline for the underground construction of underground tunnels with rich water in the complex strata of subways was established. The ellipticity of the subway tunnel structure was used as the deformation control standard at the same time, which compensated for the lack of the overall deformation control of the tunnel convergence; The security risk grade control method for underground space across subways operating tunnels.